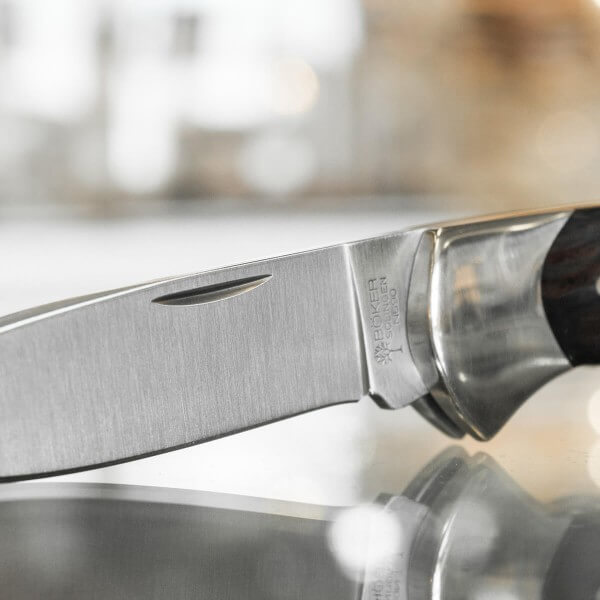 Over the years, knife manufacturers have constantly come up with new mechanisms to make pocket knives easier to use. In particular, the challenge of opening the blade with one hand aroused the inventive spirit of many engineers and tinkerers. In addition to simple solutions such as the thumb opening, very sophisticated systems were developed, especially in the area of spring mechanisms.

Already around the middle of the 19th century, the term "pop-up knife" appeared in the sales documents of Solingen manufacturers. Some opening mechanisms fell into disrepute in the recent past and are even prohibited in Germany. These include drop knives, in which the blade falls out of the handle by gravity, as well as OTF knives, whose blades jump out of the front end of the handle ("out the front") by means of spring force.

In the following, the most common opening mechanisms of classic and modern pocket knives are described in more detail. 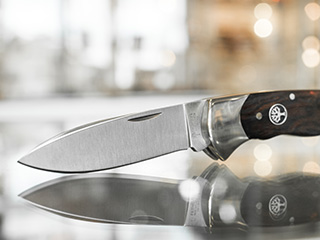 The nail nick, also called nail groove, is a notch driven into the blade, which gives the thumbnail hold when opening the blade. This tried and tested opening aid is still part of the standard equipment of two-handed knives today. In traditional American pocket knives, the nail nick is occasionally executed as a long groove parallel to the back of the blade, which is called "long pull" in English technical language. If the folded blade offers the fingertips of thumb and index finger enough space for the so-called pincer grip, the nail nick is often omitted in modern knives for aesthetic reasons. 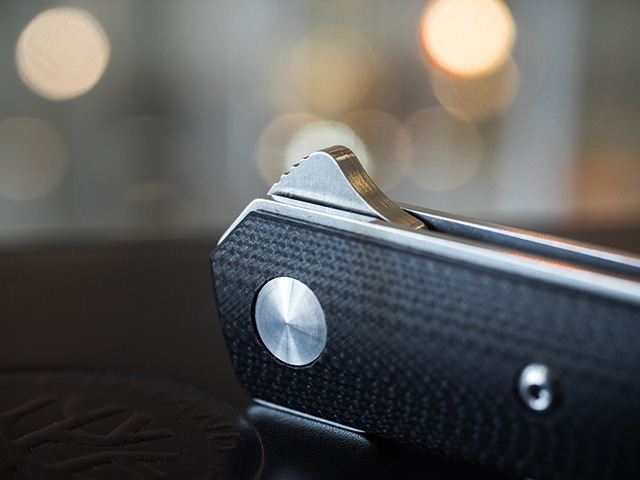 In a flipper pocket knife, the blade root is shaped so that when closed, a small lever - commonly called the nose - protrudes from the back of the handle. If the lever is pulled back with the tip of the index finger, the blade is thrown out of the handle. This works the better the lighter the blade is, which is why many flipper knives are equipped with a ball bearing mounted blade. An additional wrist swing can also be helpful. When the blade is open, the flipper nose usually acts as a finger guard. A variant of this opening aid is the so-called front flipper, in which a short extension of the blade root forms the lever that protrudes just above the end of the handle. A serration gives the thumb or index finger a grip to rotate the blade out of the handle. 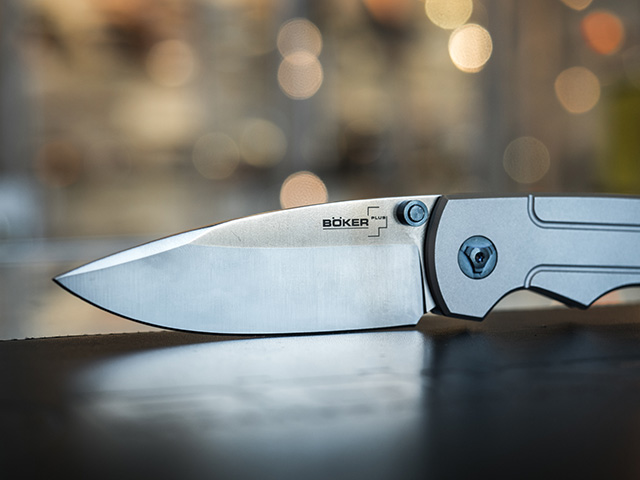 The thumb stud serves as a "handle" for the thumb tip, with the help of which the blade can be unfolded with one hand. There are fixed thumb studs, others can be unscrewed or even moved from the front to the back of the blade. To support left-handed people from the start, some knives are equipped with a thumb stud on both sides. In addition to its practical function, the thumb stud is also a design element whose material and shape are adapted to the appearance of the knife. The designs range from simple cylindrical shapes to small stepped cones. 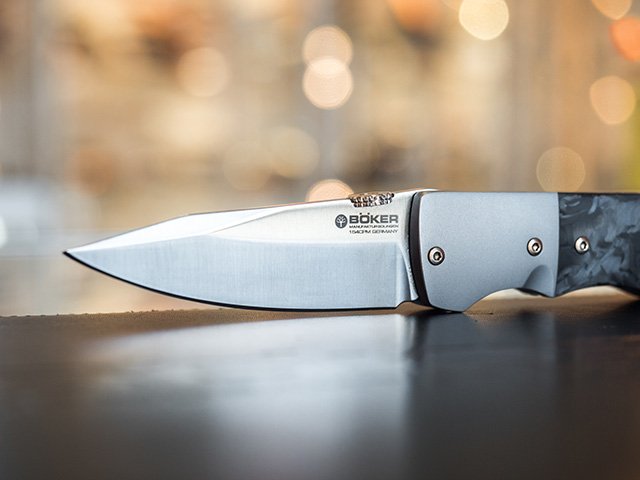 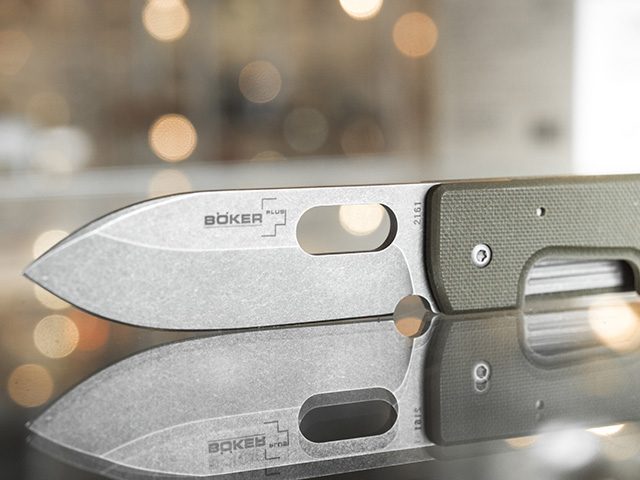 When the American manufacturer Spyderco brought out its first pocket knife in 1981, there was a gaping circular hole in the blade. This trademark, known today as the "SpyderHole", is a simple and practical opening aid: If you press the tip of your thumb on the hole, the blade can be easily rotated out of the handle. This idea was subsequently taken up and varied by many other manufacturers and knifemakers. The practical blade openings are equally suitable for right- and left-handed users. 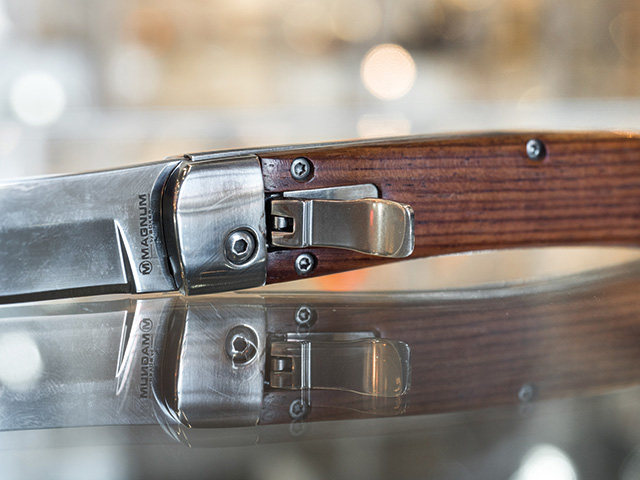 The pocket knives known as "Switchblade" have a spring mechanism, the historical origin of which is lost in the 19th century and which was apparently never patented, as it was used by several cutlery manufacturers in Solingen. The construction is based on a leaf spring mounted longitudinally on the handle surface, which keeps a locking pin under tension that blocks the blade root when closed. Inside the handle there is an ejection spring that causes the blade to spring out of the handle laterally as soon as the pin is lifted, which is done by means of a small lever. To prevent the mechanism from being triggered accidentally, the lever can be folded forward. The lever thus serves both as a trigger and a safety device (Lever-Lock). 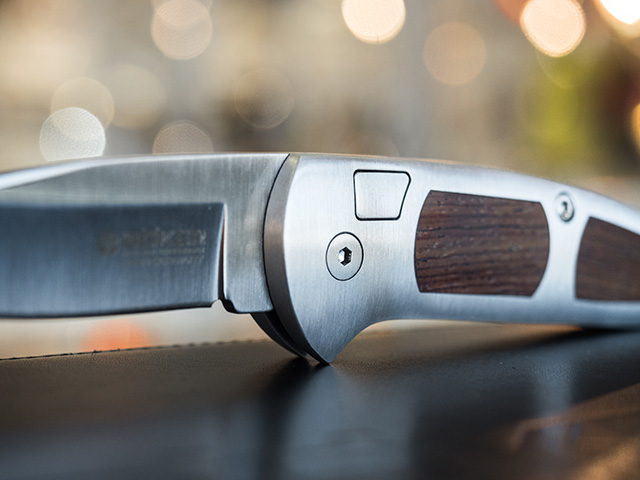 In addition to the traditional Lever-Lock, there is an almost unmanageable variety of modern spring mechanisms. Basically, two types of knives can be distinguished: Automatic spring knives and pocket knives with spring-assisted opening aids, which are called "spring assisted" in English. The difference is that with automatic knives a push button, lever or slider triggers the spring mechanism, which then opens the blade by itself. In spring-assisted systems, on the other hand, the blade must be moved manually up to a certain opening angle before the spring mechanism kicks in and catapults the blade into the final position. Our tried and tested Speedlock models are automatic knives: here a spiral spring wound around the blade axis is under tension when the blade is folded in. A push button releases the spring, which then causes the blade to spring out of the handle at the side. The Outburst System developed by CRKT is a well-known example of a spring-assisted mechanism.