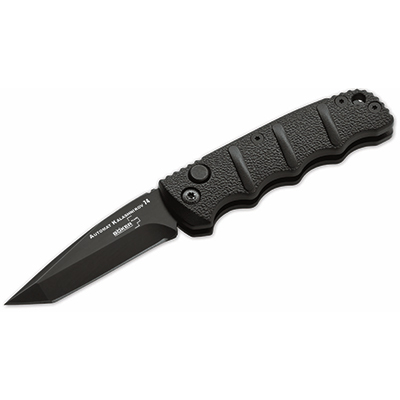 The so-called Tanto blade is a Japanese blade type that was mainly developed for swords and combat knives. Next to the classic Tanto blade originating in Japanese tradition, there is also a newer American version with a slightly different design.

The Japanese word "tanto" means "short sword", describing a single-edged combat knife with a maximum blade length of 30 centimeters. Meanwhile, Tanto has become the name of this particular blade type in general, whether or not it is found on a combat knife. One signature feature of a classic Japanese Tanto blade is that the point is level with the spine of the blade. Despite its position, the point is extremely robust because the edge drops down almost at a right angle and has very little belly.