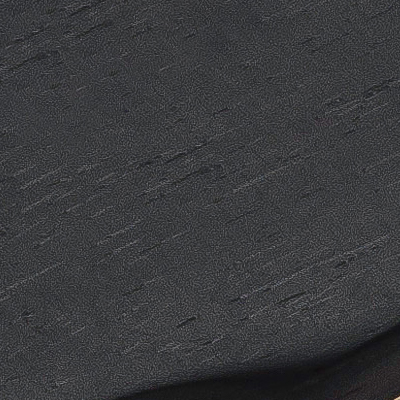 Grenadill is a type of wood often used to make knife handles. The African hardwood is dark brown or black in color. The wood is very dense, and its finished surface is very smooth and slightly oily.

Due to its dark color, Grenadill (Dalbergia melanoxylon) is also known as African blackwood. Depending on its point of origin, the wood used to be marketed as Senegal ebony or Mozambique ebony. However, these names are incorrect, since Grenadill is not a type of ebony but belongs to the rosewood family. Grenadill trees grow between four and 15 meters tall. They are indigenous to the savannas of the Sahelian zone and the Sudan zone, a region ranging from Senegal on the African Atlantic coast all the way to Mozambique on the Indian Ocean. Most Grenadill wood used in knife production is now sourced from Tanzania and Mozambique in southern and eastern Africa.

Grenadill has a striking look. The sapwood, which is the wood section still growing when the tree is cut, has a light color in contrast to the dark heartwood. Knife handles are exclusively made from dark heartwood. It has a dark brown, almost black color with a fine pattern in black/purple. Processed Grenadill wood darkens as it is exposed to air and turns a uniform black after a while. It has medium-sized pores, slightly larger than those of ebony.

Grenadill wood is very dense. To counteract its tendency to crack and warp, it is air dried for several years. Once the drying process is completed, the wood will retain its shape and is easy to process. Due to its density and stability but also because of its decorative look, this African hardwood has been used for centuries to make fine woodwind instruments and organ pipes as well as other high-quality wood products, including knife handles. Grenadill wood came to Europe in the 16th century, when Portuguese merchants imported it from Portugal's African colonies.