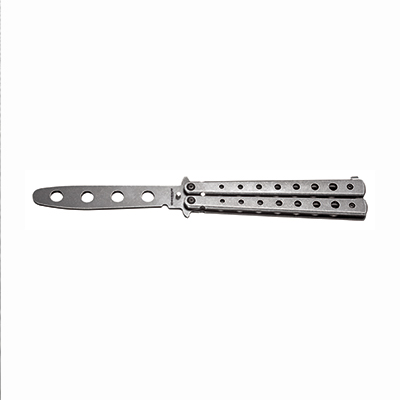 A Balisong is a Filipino pocketknife also known as a Butterfly. The knife consists of two handle halves that can be rotated 180 degrees. The blade sits between the two handle parts, attached with a pivot pin. In some European countries and US states, possession of this type of knife is illegal, while others restrict ownership and prohibit carrying the knife in public. It takes a lot of practice and skill to handle a Balisong safely.

The fast opening and closing of the knife can be achieved with a variety of different movements. The knife was most likely developed by Filipino fishermen who needed a very safe work tool on their swaying boats. At rest, the blade is completely encased by the two handle scales and can be opened with a flick of the wrist.